Knowledge as a Service Inc

The founders made a simple observation that resulted in a patented system for changing human behavior. Following years of clinical trials, they now share with global enterprises how to deliver more effective learning at a fraction of the cost.
See The Founders' Story
Co-founders Robert Feeney and B. Wayne Barkley 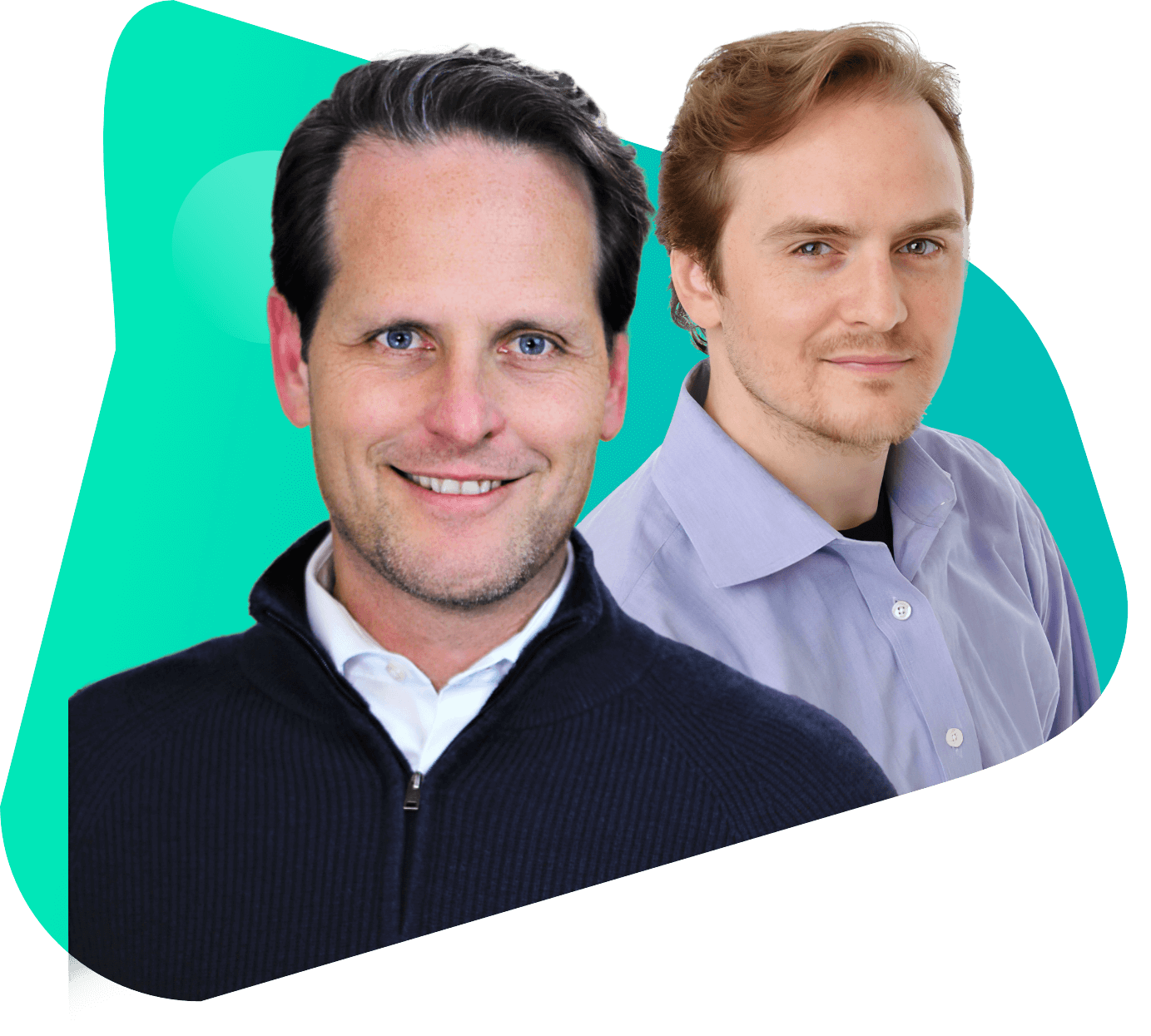 Learning is a continuous journey, not a periodic event. So why format training as an event that ends with a test? Science has shown that the brain forgets most of what it learns within minutes, rendering test scores invalid the next day.

Fortunately, our technology enables the shift from test-taking to measurable behavior modification, in real time. Our mission is to support enterprises in making this shift permanently, to sustainably improve performance and save money.

Measurable Change
We believe learning means change, and change is measurable. Our mission is to empower our customers to manage change daily through metric data.

Reduced Training Costs
We believe learning without daily reinforcement is not learning at all. Our mission is to reduce event-based learning that is mostly forgotten, and enable our customers to train effectively at a 20 – 50% cost reduction.

Returning Workforce Capacity
We believe learning is most effective when delivered in the flow of work. By workers staying productive instead of stepping away to learn, workforce capacity increases by 2%. Ask your CFO what a 2% capacity increase would mean to your enterprise!
We share with enterprises how to avoid trading time for learning. The brain is a lean machine that only keeps what is repeated. And research shows that effective repetition requires only 3 – 5 minutes a day, without taking people out of their workflow or flying them to an event. We consider it our mission to share what we’ve spent over a decade discovering!

We have brought together leaders with Fortune 100 experience across key industries. They share a passion for changing the face of learning. Without each of their unique contributions, Ringorang® would not be what it is today: 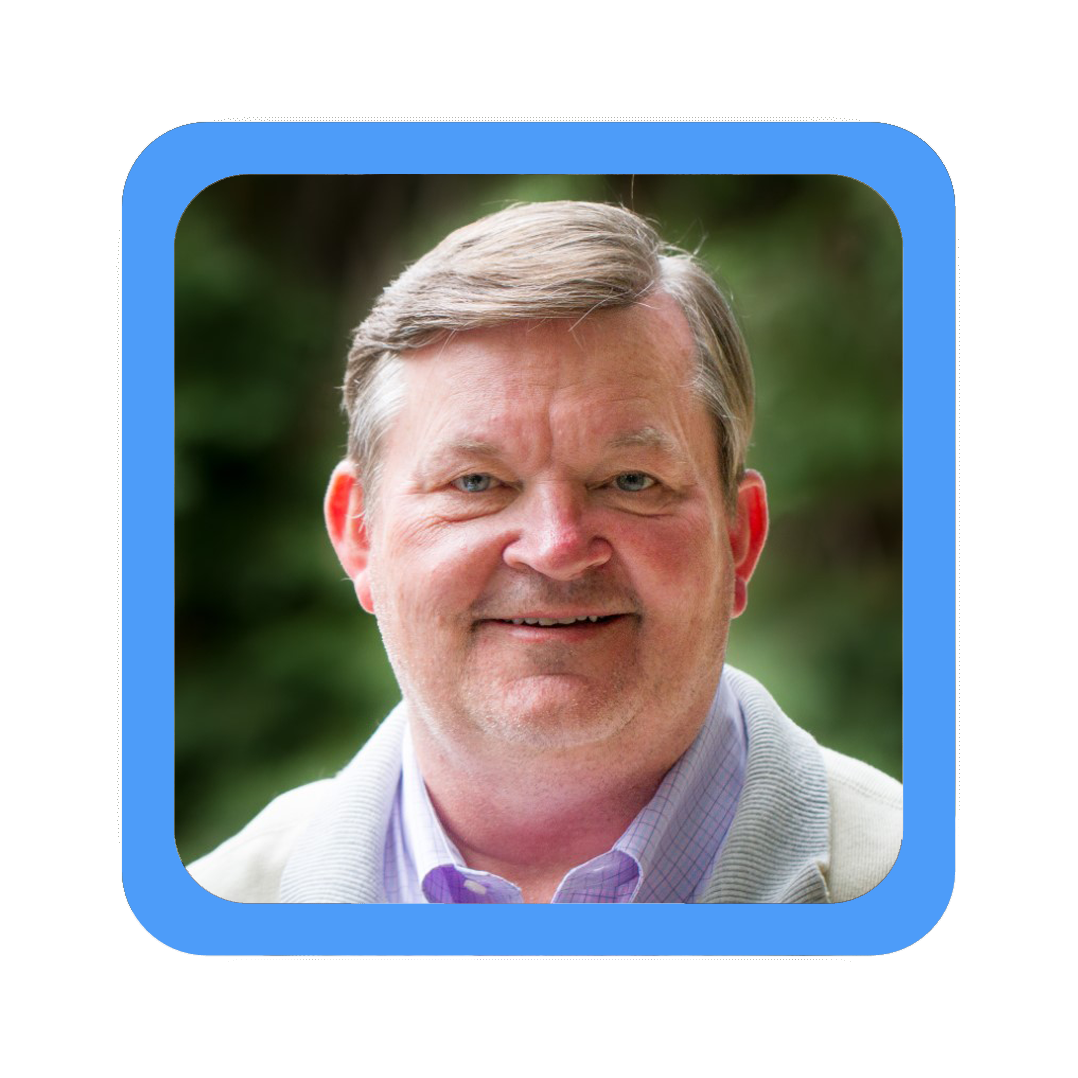 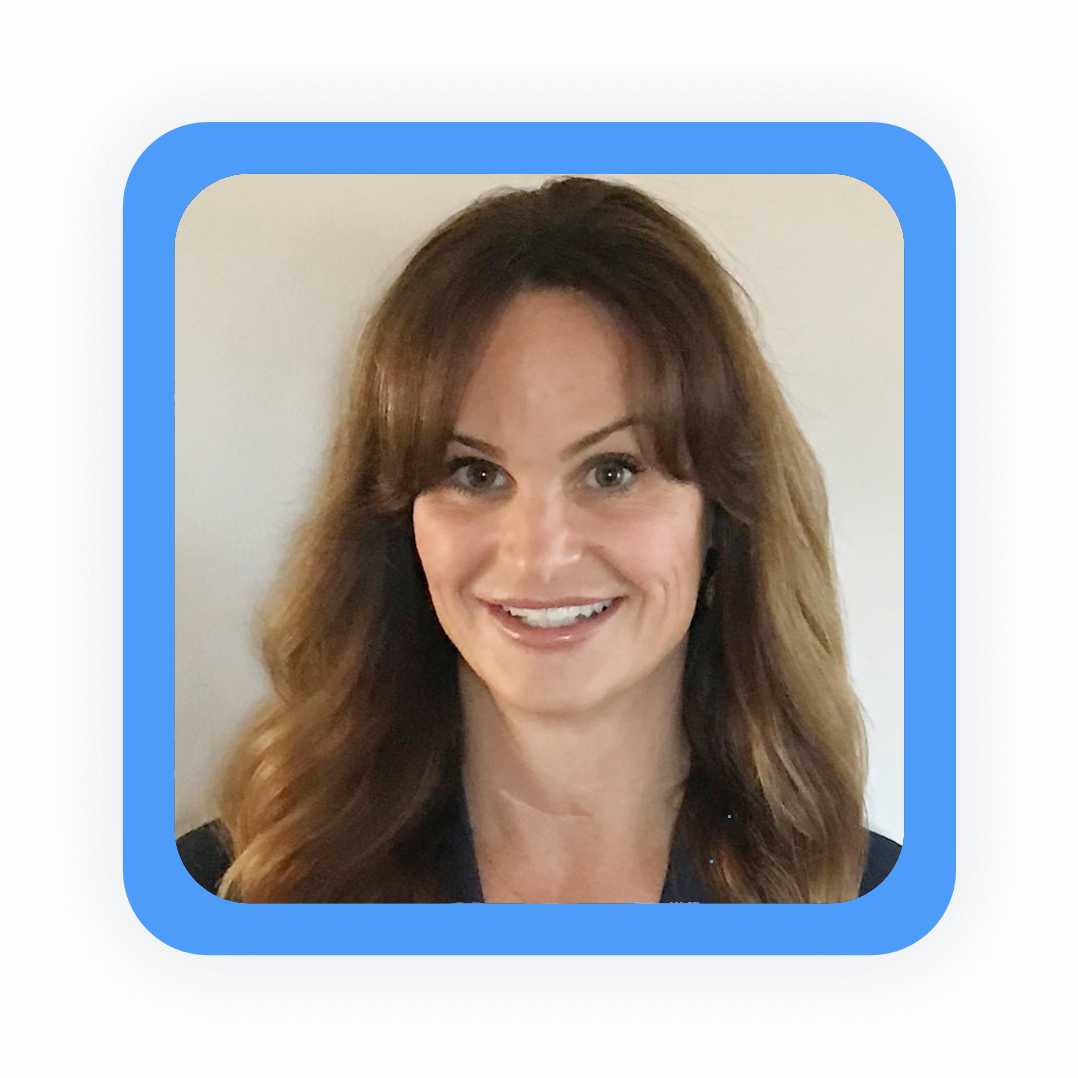 Kathy has served clients, investors and shareholders for over 20 years creating successful sales and marketing organizations. Her strategy, cross-functional team leadership and revenue achievement at a privately-held firm led to acquisition by Siemens, a top 50 company on Forbes' Global 2,000.

With companies such as Autodesk, MCI and Siemens to leverage her experience from, Kathy has focused her most recent efforts driving change and growth in start-ups, building winning teams to outperform revenue targets and developing go-to-market strategies and market positioning for dramatic revenue acceleration.
‍ 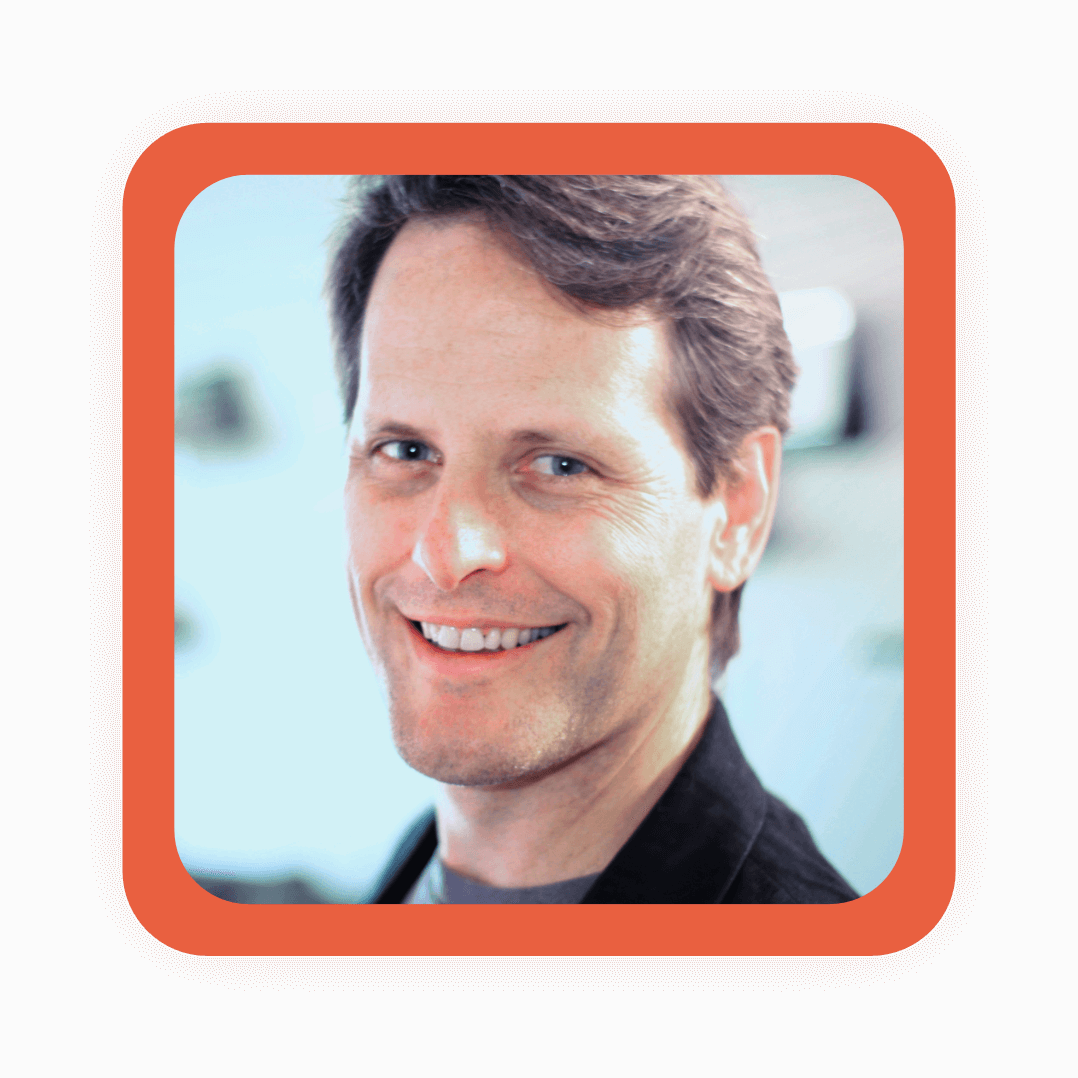 Robert is one of the founders of KAAS. Over the past decade, Robert has developed the behavior-change formula (known as the ASK Methodology) that powers KAAS’ software platform, Ringorang®, collaborating with behavioral scientists, universities and national laboratories.
‍
To develop and publish clinical proofs, Robert delivered multiple programs co-funded by the U.S. Department of Energy and piloted the system effectively with leading utilities such as NV Energy, Arizona Public Service, Sempra Energy and Puget Sound Energy. Under Robert’s leadership, major organizations in a variety of industries have licensed the Ringorang® platform, such as Verizon Wireless, SAP, MassMutual, Penn Medicine, the University of Virginia among others. 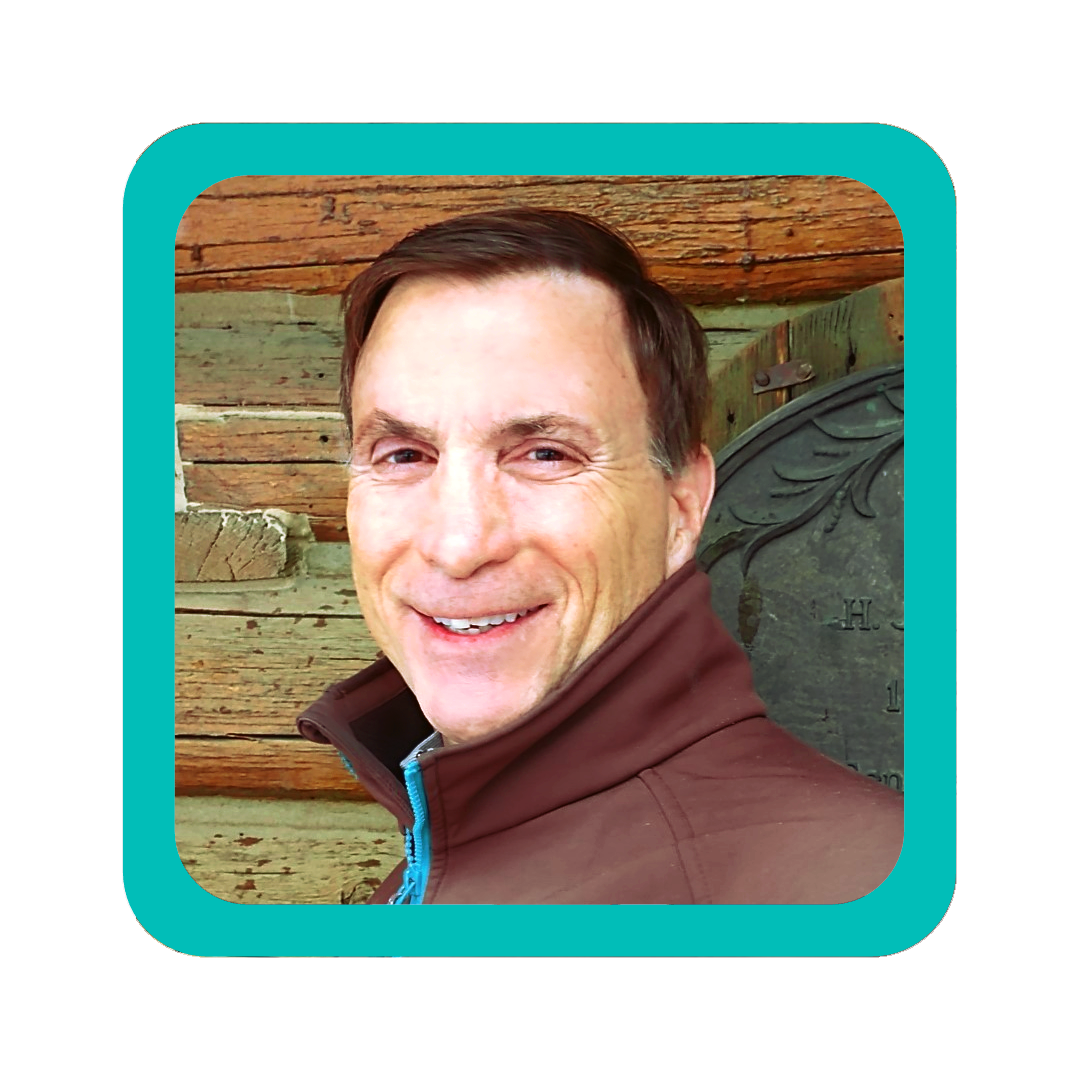 Tom is the founder and Managing Member of Sawtooth Capital, a Registered Investment Advisor. He was recently the CFO for Civil Solutions Inc., a nationwide provider of construction services to the cellular industry. Customers included Verizon, AT&T,
T-Mobile, Sprint, and Tesla, among others.

Prior to Civil Solutions, Tom was a Partner and investment banker at Scura Partners, a Manhattan-based corporate investment bank. Prior to Scura, Tom served as an investment banker with Academy Securities and Newforth Partners, where he provided mergers & acquisitions advisory and raised capital for private companies primarily in the tech space. Before investment banking, Tom was the co-founder and COO of Ho-Ho-Kus Inc., an aerospace fastener manufacturer whose clients included Boeing and GE, among others. Tom is an advisor to and investor in multiple startups and holds degrees in Mechanical and Electrical Engineering. 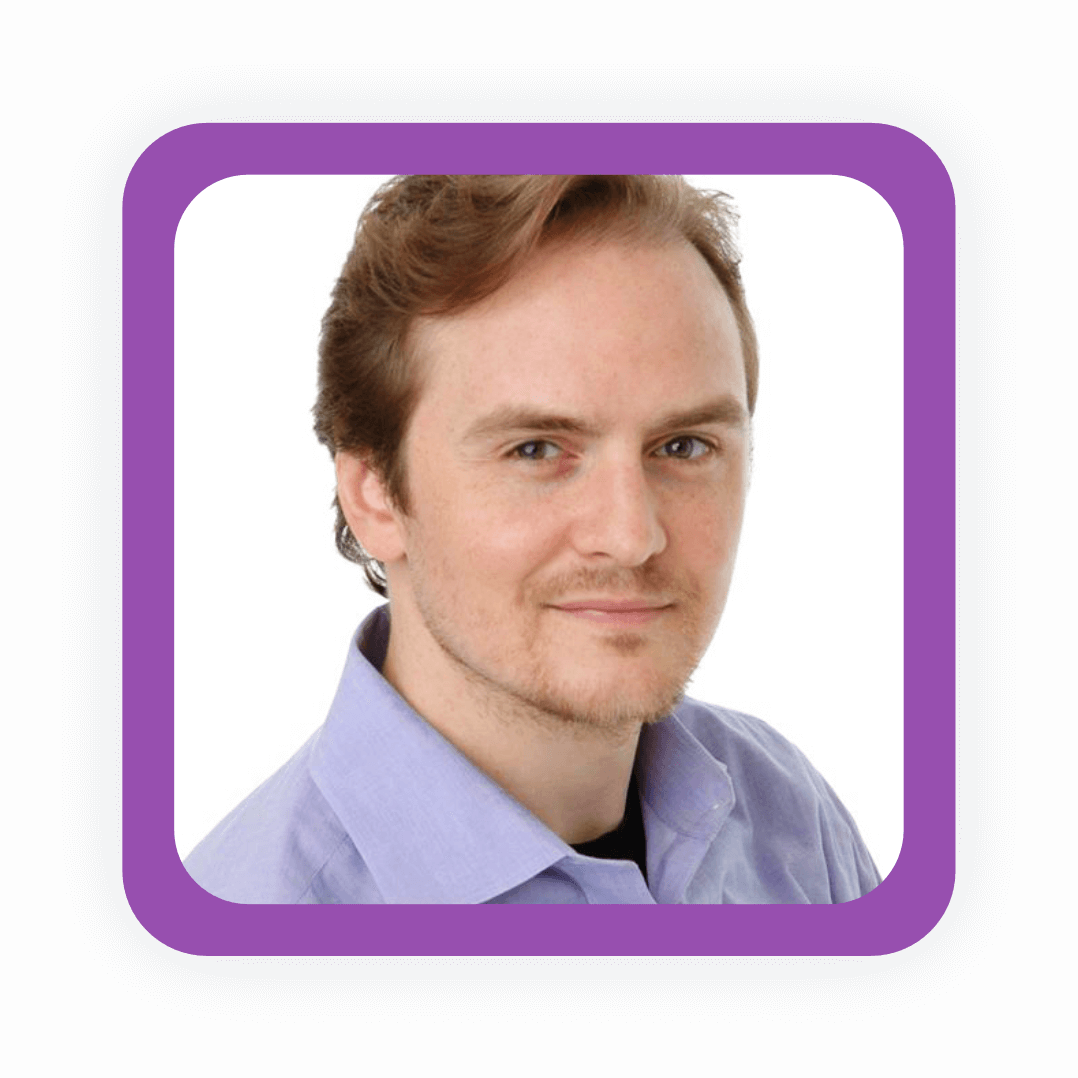 “BW” is one of the founders of KAAS. He is responsible for innovating, and then capitalizing and productizing, the Ringorang® software system offered by KAAS. BW has raised millions of dollars to develop and deliver the software through a decade of R&D, including clinical testing.

Most recently he led a multi-team, international effort to enhance the system with white-label and DIY capabilities that has attracted multiple Fortune 50 companies to efficiently test and then expand use throughout their organizations. 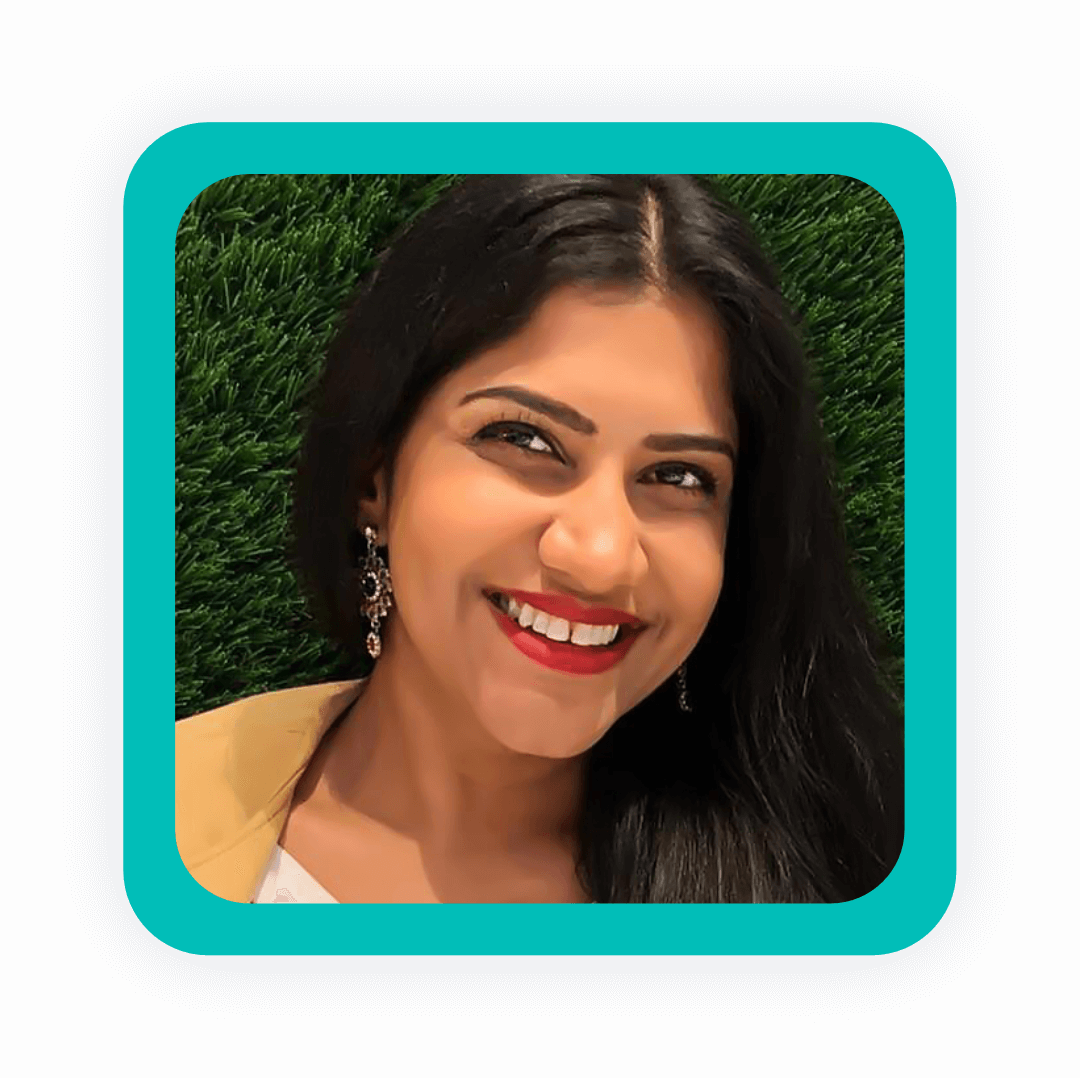 Shruthi Rao was the founding member of Blockchain at AWS, where she launched and grew Amazon Managed Blockchain and Amazon Quantum Ledger Database. Prior to that she was the Business Development Lead for AWS’ Serverless portfolio of services including Lambda, API Gateway, Cognito and 11 other services.

She set up India’s first crypto mining operation in 2011 and has since been an early investor, contributor and advisor to the likes of Ethereum Project, Ripple, Mobility Open Blockchain Initiative (MOBI), Linux Foundation and World Economic Forum. Prior to AWS, she was the VP of Strategic Alliances and Corporate Strategy at Feedzai- AI/ML startup to combat omni-channel fraud, where she raised Series B and C rounds.

Shruthi has led multiple, public and high-profile deals such - Bank of America, Merrill Lynch and Countrywide merger, Uber/ Bank of America partnership for affordable rideshare loan program, co-leading AT&T and DirecTV acquisition and launching AT&T Uverse TV. Shruthi is a Stanford Executive Program alumna and holds an MBA in Entrepreneurship from Pepperdine University and BS in Computer Science from National Institute of Engineering. 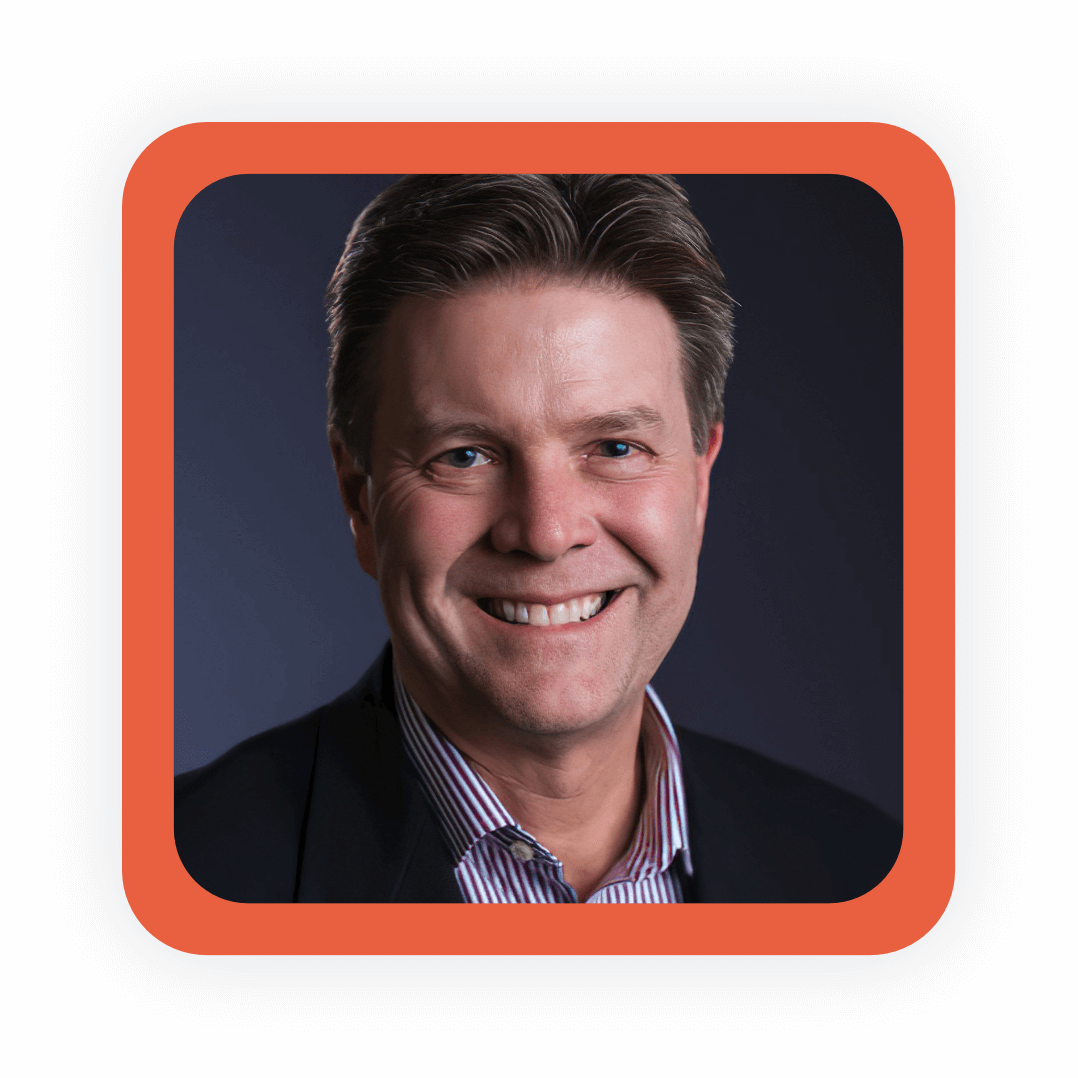 Ken has been running Cloud Sales and Architecture teams at SAP for the last 9 years, including as VP of ALM Software, VP of IT Management Solutions (Global Center ofExcellence) and most recently VP of HANA Cloud Solutions (Central and West).
‍
Prior to SAP, Ken had a 15 year run building software startups in the Silicon Valley, including building the Americas team for Cordys (an OpenText company) serving as President ofAmericas for Mortgage Hub (an ISGN company) and VP of Global Sales for Worksoft. Ken also created the Sales and delivery teams at Niku (a division of Computer Associates) that drove sales from $0 to $50M in 24 months, and resulted in a NASDAQ IPO. 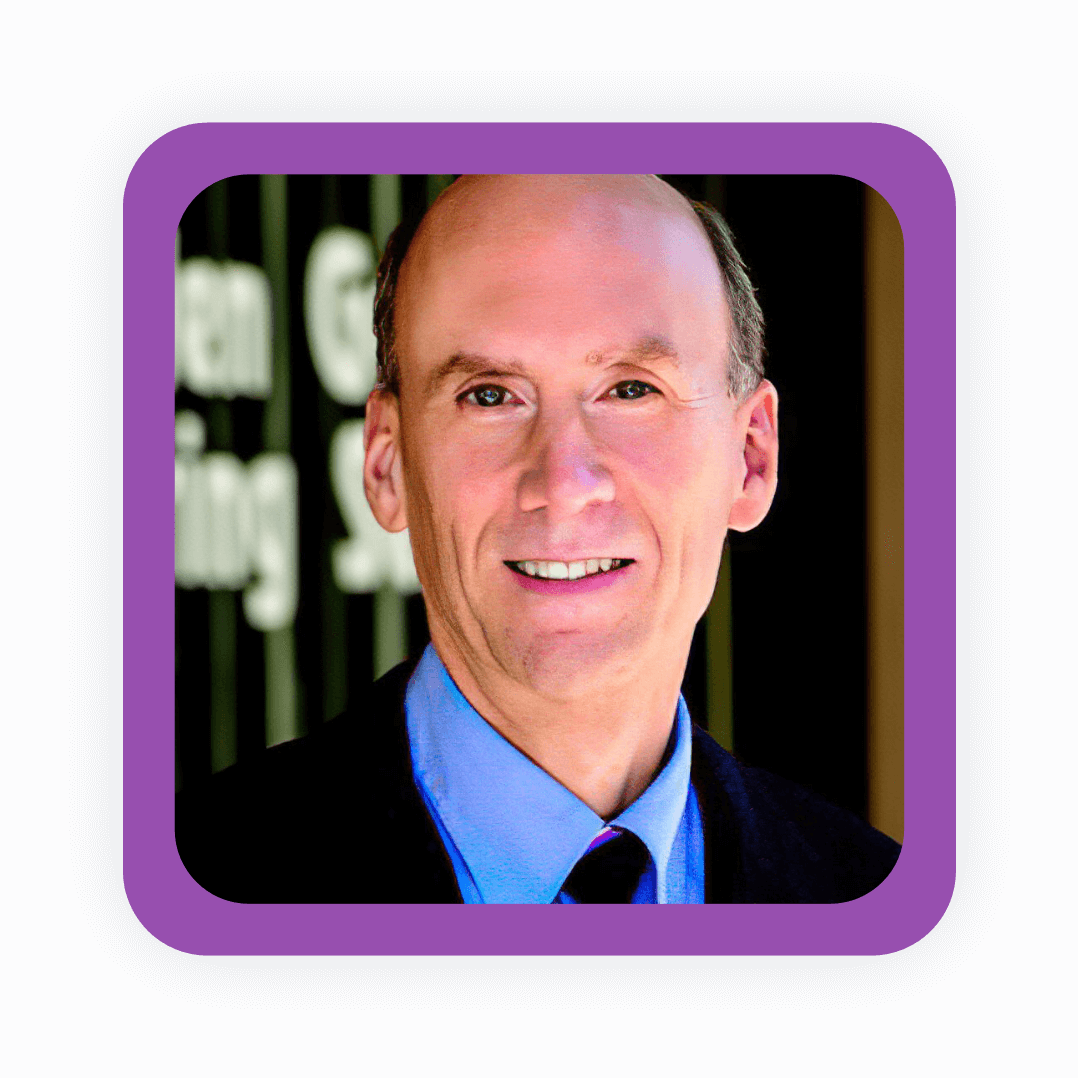 Dr. Sanford is President of CSG Better Hearing Centers, the world’s #1 provider of Phonak Lyric™. Distinguished as one of the world’s leading voices in establishing the Lyric technology, Mark Sanford is intimately familiar with what it takes to change a paradigm with a new technology in health care.

Dr. Sanford has been published 15 times and has spoken and instructed at numerous audiology conferences worldwide. He’s also been involved with alpha and beta testing of devices from InSound Medical, Apherma, GN Resound, Starkey Labs, and Phonak. Mark is a former board member of Vortis, Hatis, and an advisory board vvmember Hearing Review and GNResound. 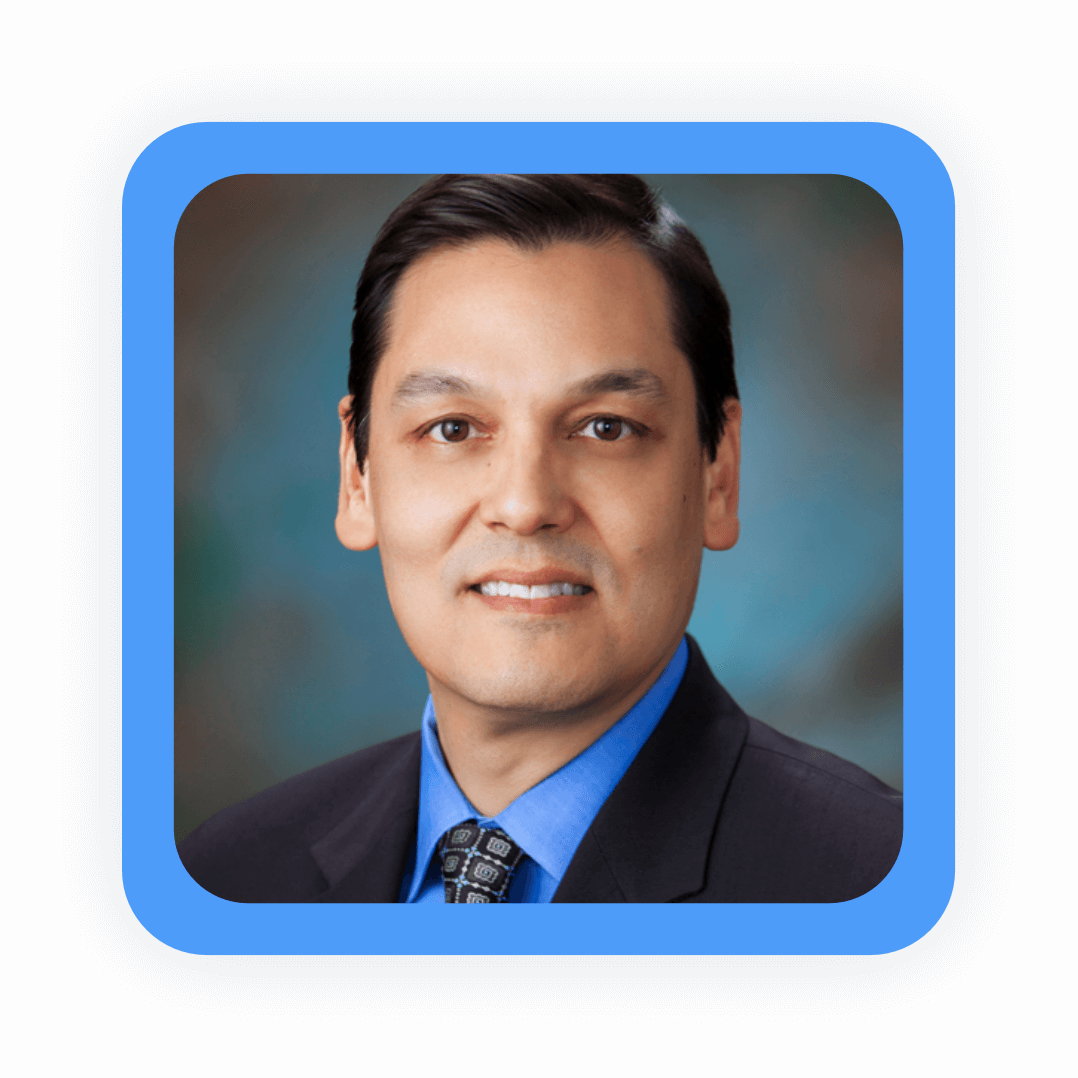 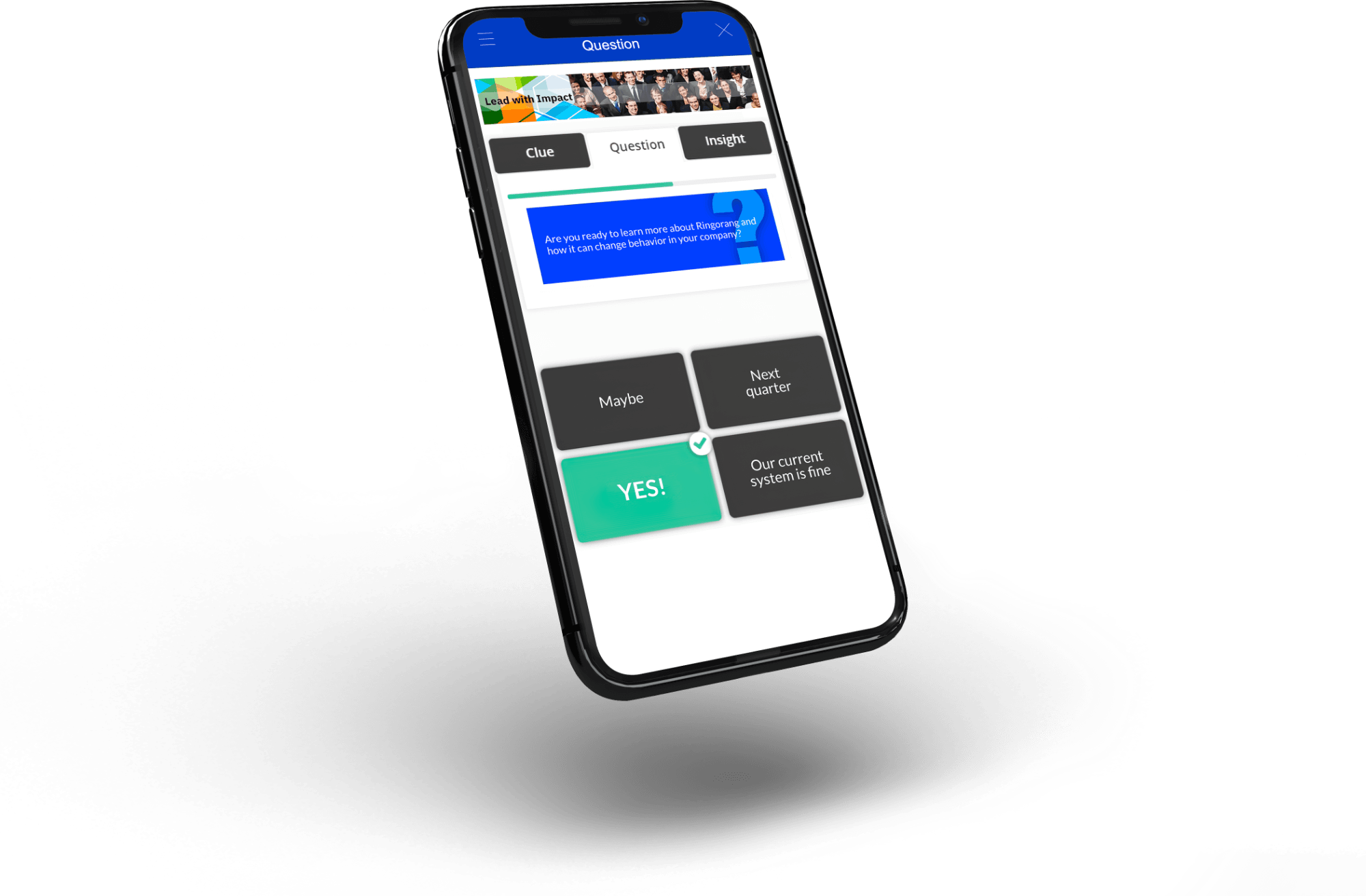 Discover how Ringorang® can change behavior in your organization
All it takes is 3-5 minutes per day to radically transform employee behavior. Contact us to learn more.
CONTACT